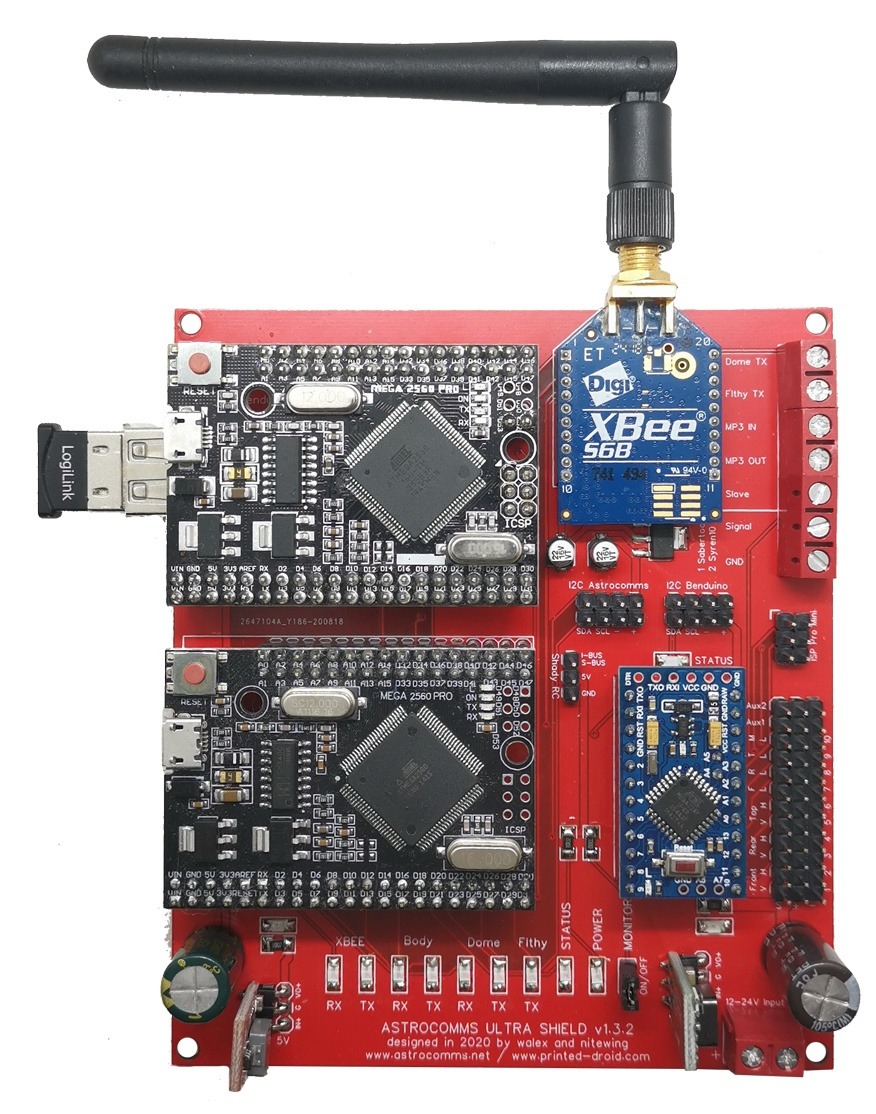 There are 3 versions of the Astrocomms

The Astrocomms Mega Shield, developed by walex and nitewing, allows simultaneous connection and use of the controller and the smartphone app for controlling the Benduino/Marcduino system. Before that you had to decide if you want to use the app or the controller – or use a switch to toggle between them.

And there are more features. Connect 3 Benduinos/Marcduinos (even 4 should be possible) and controll 26 servos: 10x Panels, 6 Holo & 10x Body servos.

No Marcduino firmware changes are needed.

The Astrocomms Mega Shield is sitting on an Arduino Mega 2560 with special firmware and is working as an interpreter betweeen the Body Arduino (running Shadow MD), Bendiunos/Marcduinos and the Flthy Holoboard.

And there are much more features coming 🙂

But it has some additional features:

The Astrocomms Ultra Shield, developed by walex & nitewing, has the same basic features like the Astrocomms Mega Shield Pro but is even more powerful.

Any cookies that may not be particularly necessary for the website to function and is used specifically to collect user personal data via analytics, ads, other embedded contents are termed as non-necessary cookies. It is mandatory to procure user consent prior to running these cookies on your website.